Relevance of Chilling Injury in citrus shipments and cold storage. Advances in its control

CITROSOL is pleased to invite you to our next WEBINAR that will take place on June 2, 2021 at 3:30pm in Australian Eastern Time.

You can register at the following link to the webinar:

Relevance of Chilling Injury in citrus shipments and cold storage. Advances in its control (60 min)

Citrus fruits are sensitive to Chilling Injury due to their subtropical origin. This alteration appears as different types of rind damage and/or ” pitting ”. Chilling Injury generates a large amount of losses in shipments to distant markets and in cold storage, hence its relevance during the post-harvest period. Lorenzo Zacarias has published more than 110 articles in international journals on Chilling Injury and other physiological disorders in citrus fruits. He has participated in numerous publications and review of articles in postharvest journals. He will explain how to identify this disorder, and will show other disorders with similar symptoms that can lead to confusion. He will also address the determining factors that affect sensitivity to cold damage in citrus, delving into specifics that explain the tremendous variability in the occurrence of this disorder.

Plantseal® are plant-based coatings, certified as organic inputs in the EU. They have excellent weight loss control and increase the shelf life of the fruits notably, reducing the losses due to aging of the fruit, and due to Chilling Injury.
We have developed new formulations for some of our coatings, increasing their effectiveness in controlling chilling injury. Data and experience is opening the door to a reduction in the number of active ingredients used in postharvest. With CI-Control formulated coatings we can eliminate active ingredients traditionally used to reduce chilling injury disorders. 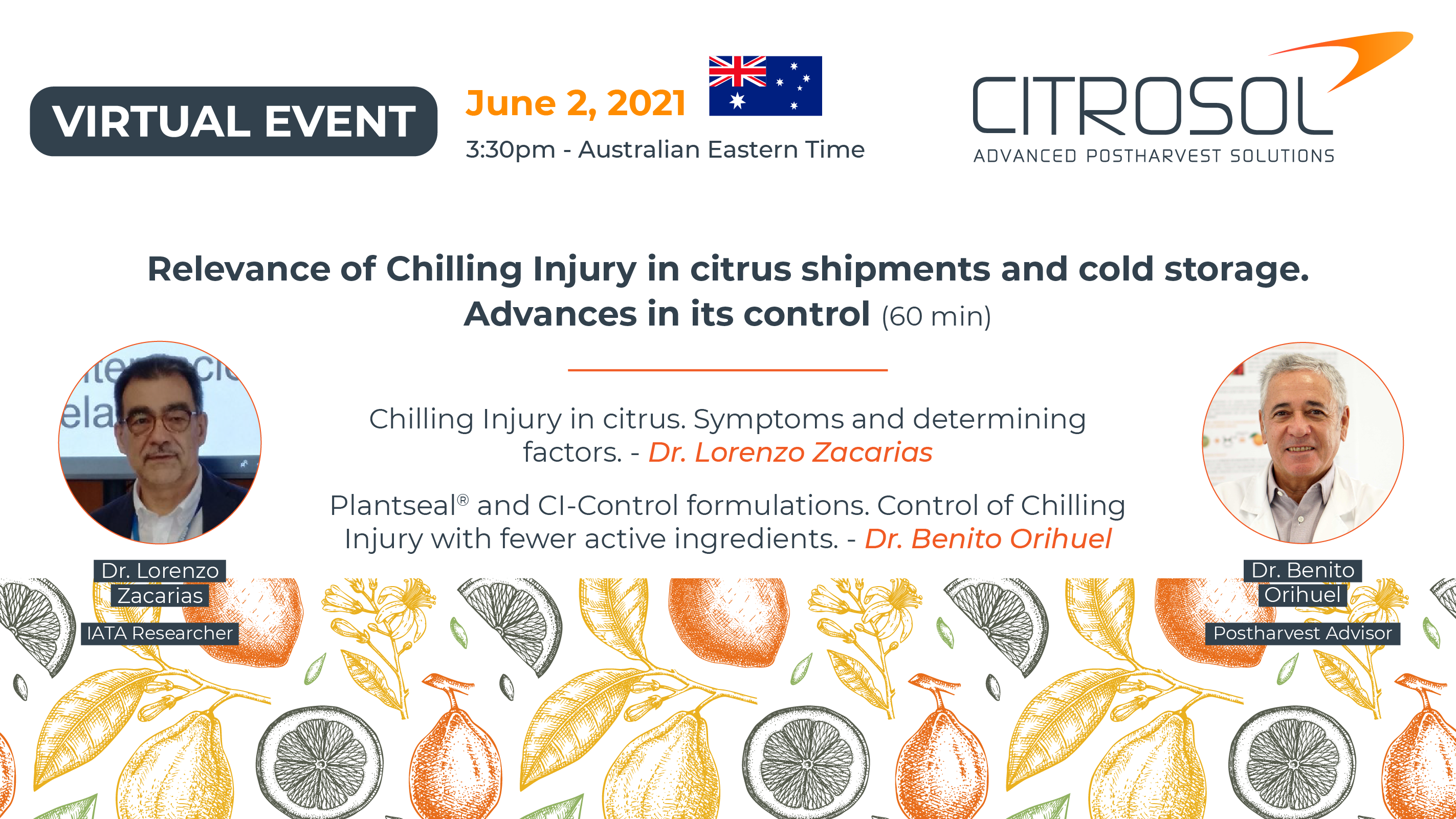 Jorge Bretó, CEO of Citrosol, in this interview, explains the projects the company is working on and its ambitious goals for the future.

Jorge Bretó has been in charge of Citrosol since the beginning of 2021. However, his experience in the company spans almost 25 years, during which the biologist has passed from an internship contract through progressive positions in which his responsibility has increased. Today, at the head of the leading Spanish company in post-harvest treatments, he is updating us on the progress of the company, the projects that are being worked on and also an ambitious future objective which knows no bounds.

Fruit Attraction 2021, the international fair held in Madrid, from 5 – 7 October, steps up to a new era with high expectations and more than a thousand companies exhibiting: Among those the Valencian company, Citrosol, from Potríes. Citrosol have come to IFEMA with their most complete range of ecological solutions, under the “Biocare by Citrosol” name.