From 6-11 November, the Turkish city of Mersin was proud to host, the 14th International Citrus Congress, a forum where numerous scientific activities, conferences and workshops were undertaken with the aim of highlighting the importance of citrus fruit at a global level and to determine the factors and new policies that will set out the future of the market. Citrosol, as the main sponsor of the Congress, has had the opportunity for researchers, growers and citrus operators around the world to learn about its work and its product catalog so they may “verify through our scientific rigor and spirit of continuous improvement that we are indeed the leaders in post-harvest citrus protection”, stated the CEO of the company, Jorge Bretó, weighing up the firm’s presence at the Congress.

The contributions of Citrosol’s scientific team occupied a good part of the program dedicated to the field of post-harvest. The firm’s R&D+i director, Dr. Javier Parra, and Dr. Benito Orihuel, our Postharvest Advisor, presented “The development of Precision Postharvest technologies for decay control” in the opening presentation of the second day. In this presentation, each of the doctors reviewed the various milestones and technological developments that have allowed Citrosol to establish itself as a benchmark in the control of decay in citrus fruit, starting with drencher treatments and the so-called First Treatment, through to the release of the Citrosol Zero Waste® System in 2010 which, was subsequently complemented by the development of the Easy Kit®, allowing real-time verification of decay control treatment.

Javier Parra also took part speaking at the “Residue-Free Citrus Fruit” workshop, where he presented the recently launched, Citrosol Greencide®, a treatment formulated on plant-based extracts in the process of completing registration, that controls decay without leaving phytosanitary residues. 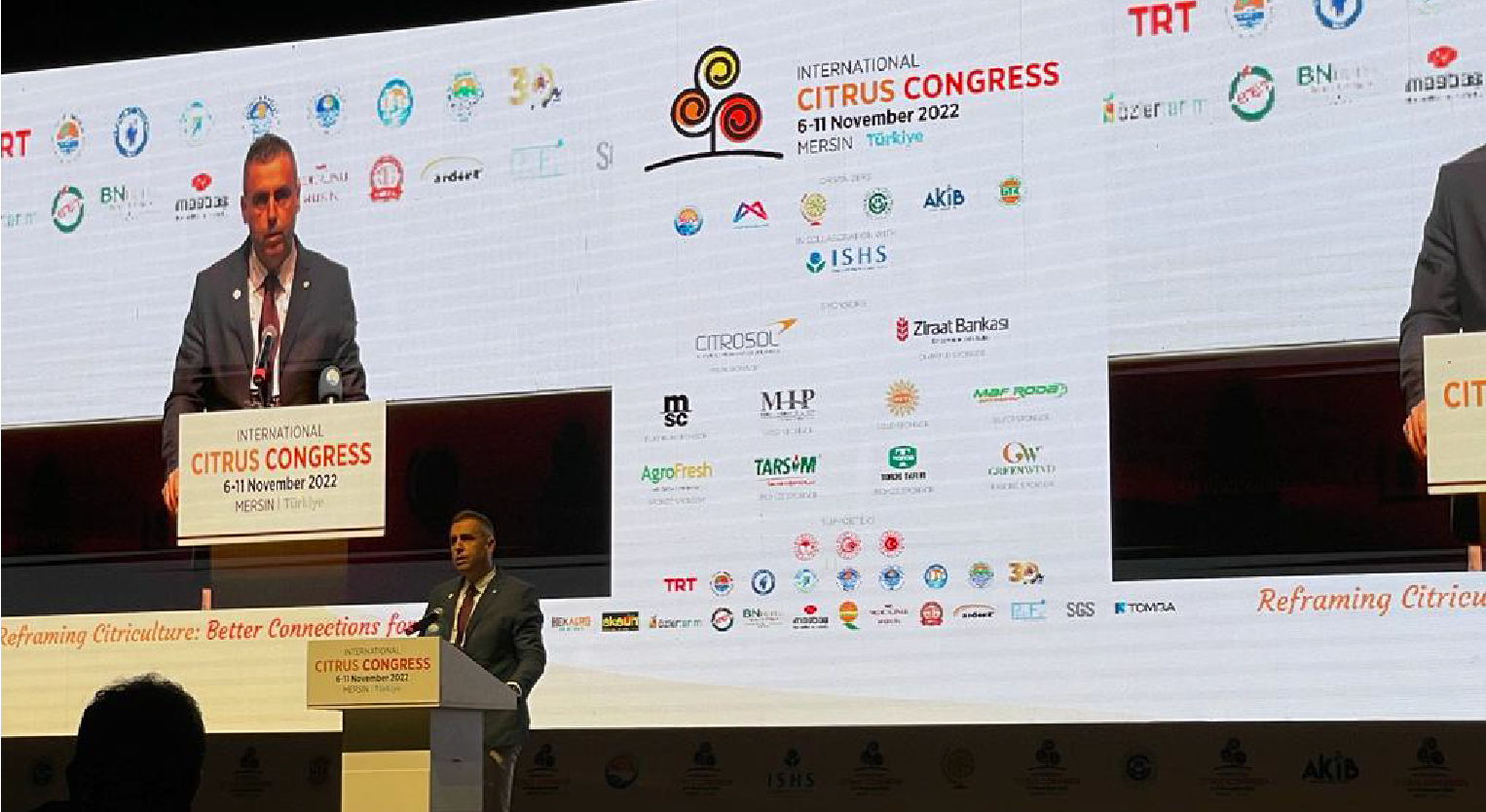 "Verify through our scientific rigor and spirit of continuous improvement that we are indeed the leaders in post-harvest citrus protection”, stated the CEO of the company, Jorge Bretó

The presentation of Citrosol’s new tools to mitigate chilling injury was delivered by Dr. Rafa Torregosa, Dr. Benito Orihuel and Dr. Celia Murciano. The excellent results roused great interest amongst attendees from countries such as South Africa, Peru or Australia, all of them geographically distant from traditional consumer markets and susceptible to being affected by pathogens such as Cladosporium ramotenellum or the various species of Cladosporium sp — which are the origin of the appearance of a grayish cottony mold on the calyx of the fruit— typically found in transcontinental shipments of citrus fruit where a cold environment is employed to mitigate a variety of damaging incidents.

They also highlighted the work undertaken and experience accumulated by Citrosol in the detection and management of resistance to fungicides in the control of decay caused by the Geotrichum fungus, which manifests itself as a soft decay with a sour odor that disintegrates the skin and pulp of the fruit.

Parallel to the Congress, the participants were able to learn first-hand about the Turkish citrus industry on a visit to the orchards and to one of the packinghouses of the Özler Tarim firm, one of the leading citrus companies in Turkey. During this visit, Citrosol took the opportunity to present its application, control and traceability technologies, as the plant is equipped with Citrosol solutions. 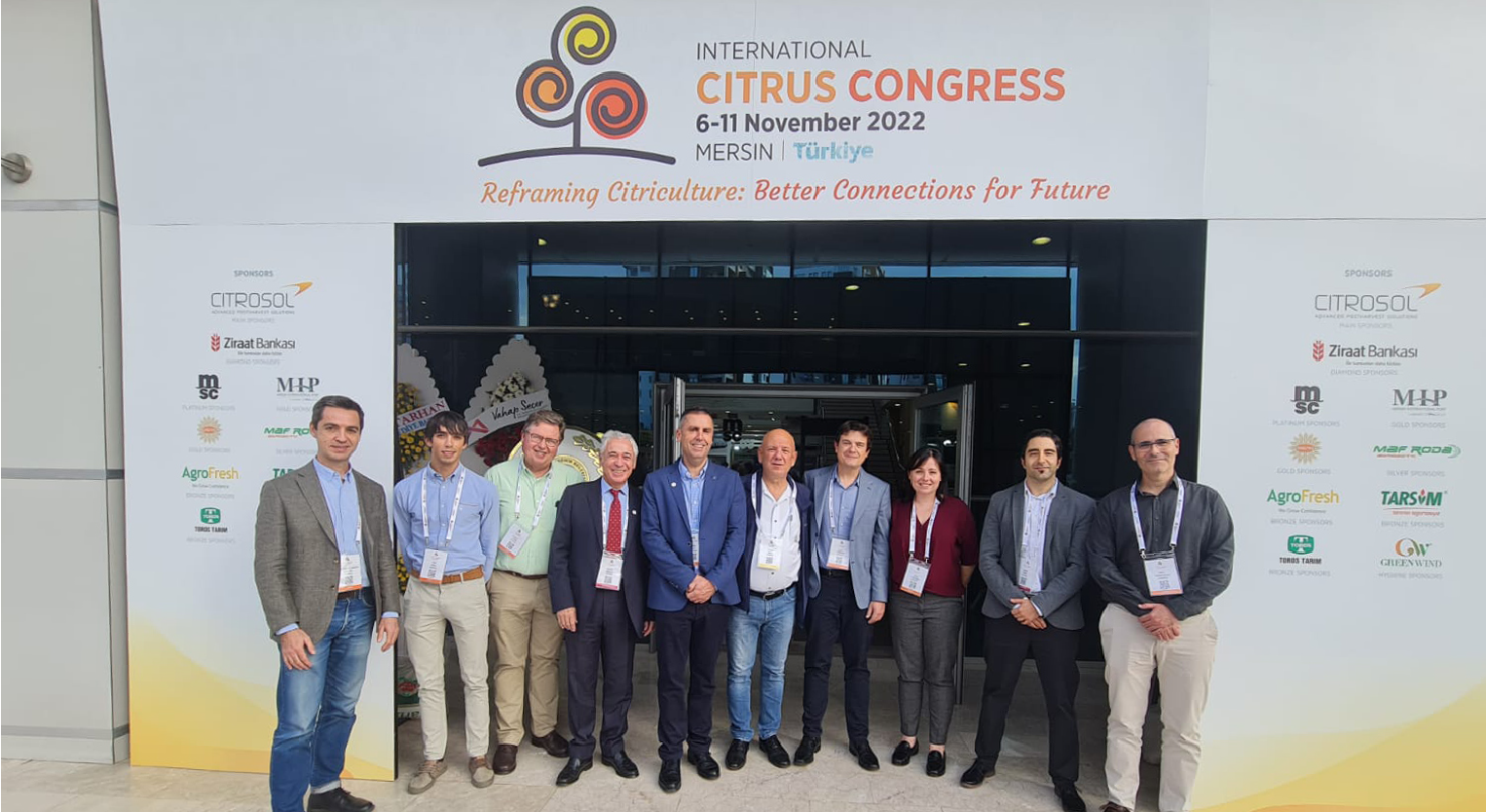 "Fruit Attraction: an unmissable event for Citrosol" Citrosol can affirm that the influx of the public and the increase in number of exhibitors are the two key features that have made Fruit Attraction 2022 stand out; a meeting place where the presence of national and international clients represents a great commercial opportunity where our solutions and post-harvest treatments can be shared. At this edition, our solutions for avocados and the launch of the CitroFy platform have aroused great interest amongst professionals within the sector.

The Valencian company, Citrosol, has been able to display its credentials as a leading company in post-harvest treatments and technologies for fruit and vegetable produce by exhibiting at the 14th edition of Fruit Attraction. With avocado taking the limelight for both national and international clients, the Citrocide® Avocado solution, a technology for the hygienic washing of avocados, and PlantSeal® Tropicals, a plant-based coating, have enjoyed the starring role at the Citrosol stand during the fair. Another launch which also drew intense interest amongst the visitors was the CitroFy platform, a technology developed by Citrosol that affords improved management of post-harvest processes.

CITROSOL, leader in post-harvest treatments and technologies for fruit and vegetable produce, has now acquired FOMESA FRUITECH and BROGDEX IBÉRICA

Citrosol, through its subsidiary FLC Technologies, has purchased the production units of Fomesa Fruitech and Brogdex Ibérica. With this acquisition, Citrosol is reinforcing the strong organic growth developed over recent years, now penetrating business segments such as pip fruit, an area yet to be exploited.