Fruit Attraction 2021, the international fair held in Madrid, from 5 – 7 October, steps up to a new era with high expectations and more than a thousand companies exhibiting: Among those the Valencian company, Citrosol, from Potríes. Citrosol have come to IFEMA with their most complete range of ecological solutions, under the “Biocare by Citrosol” name.

“The turnover of these products has grown remarkably; increasing by almost 50% over the last season compared to the previous one, when they were first launched onto the market. We are, therefore, very pleased with its evolution and continue to work so it follows in the same vein”, said the CEO of the company, Jorge Bretó.

The “Biocare by Citrosol” range comprises half a dozen post-harvest solutions, all of them present during the few days in Madrid. Two safe-use disinfectants for hygienic washing of fruit and vegetable produce, which maintain the treatment and process waters microbiologically clean; a product for the control of decay in citrus fruit that extends its commercial life; and finally, three, plant extract based, wax coatings known as PlantSeal®, PlantSeal® Shine Free and PlantSeal® Tropical for minimizing weight loss and chilling injury during the cold storage of citrus fruit.

"Citrosol is continually improving its products and treatment technologies so that fruit, citrus produce and vegetables reach their destination all the time producing less and less waste, whilst maintaining all of their quality attributes so that they reach the consumer effectively freshly harvested", Jorge Bretó emphasized.

Special mention should be given to these new coatings (PlantSeal® is also certified with the V-Label seal suitable for vegan consumption) as, thanks to their excellent control over weight loss and mitigation of aging symptoms, they contribute to reducing food waste. In the case of citrus, responding directly to the current SDG policies, the 17 Sustainable Development Goals proposed by the United Nations.

In fact, sustainability is the overriding factor that underpins the entire Citrosol catalog. From the aforementioned coatings that reduce food waste to others, such as Sunseal® and Citrosol AS UE, which reduce your carbon footprint and the emission of greenhouse gases by lowering the drying temperature needed in the tunnels, or, indeed, tools such as Citrocide® Systems and Citrosol System Vertido Cero® (Zero waste) that reduce your water footprint.

Furthermore, as a more recent introduction, Citrosol has developed Plantseal® Tropical, a coating suitable for avocado and mango, already registered with the vegan label and in the registration phase for organic production.

“Citrosol is continually improving its products and treatment technologies so that fruit, citrus produce and vegetables reach their destination all the time producing less and less waste, whilst maintaining all of their quality attributes so that they reach the consumer effectively freshly harvested“, Jorge Bretó emphasized.

More solutions for the market

An ecological solution, that is sustainable and driven by market demand. This third aspect is a further mainstay of Citrosol’s R&D+i efforts that will be clearly seen during the first week of October at IFEMA in Madrid. 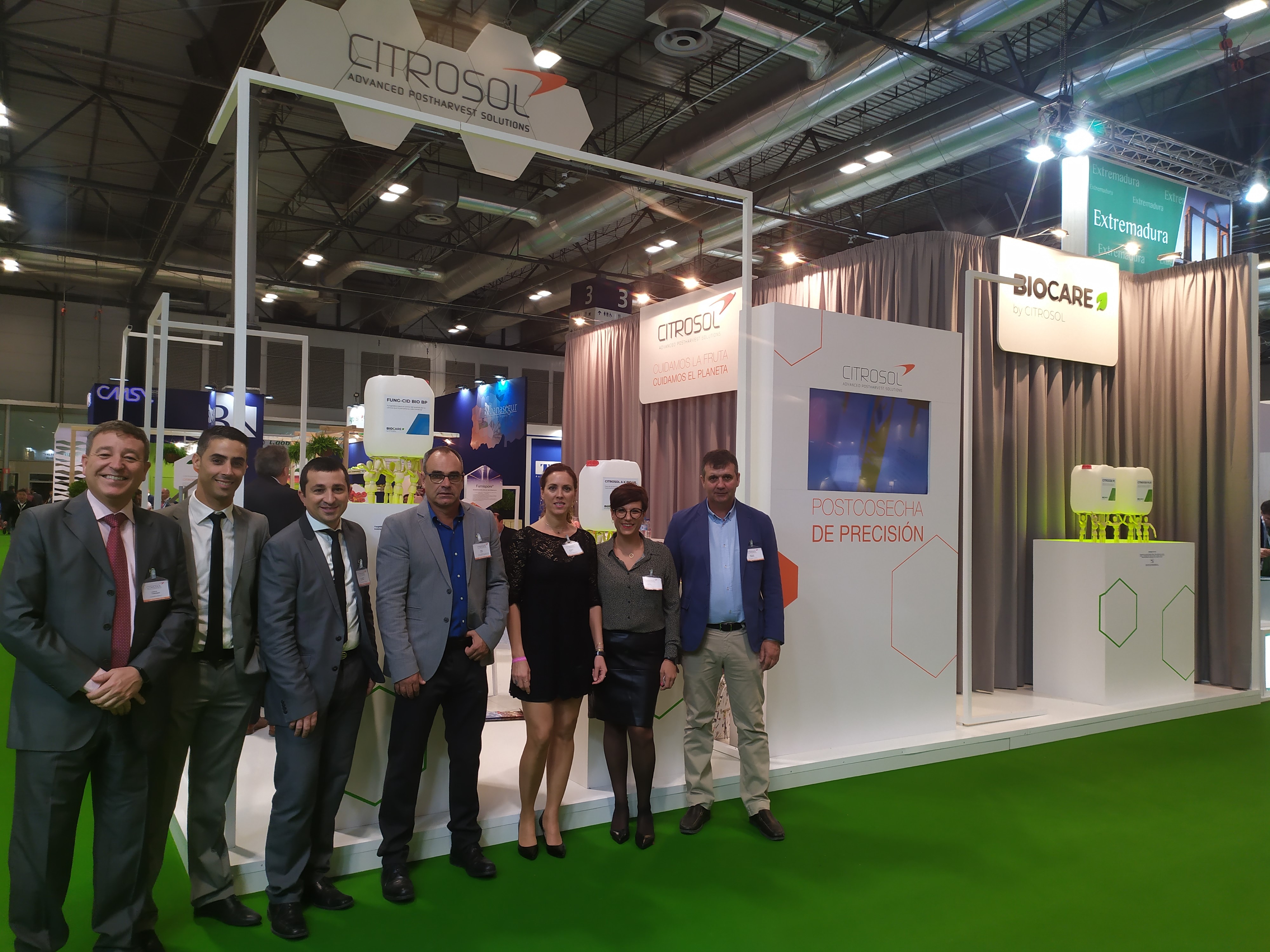 A good example of our response to market demands are the new CI-Control (CIC) formulations that afford equivalent or higher efficiency in the control of chilling injury in refrigerated citrus shipments, and the key is we have achieved that whilst reducing the number of active ingredients used. CIC formulations implemented in coatings such as Citrosol Sunseal® UE, Sunseal® Extra UE, Plantseal®, Plantseal® Shine-free, Citrosol A, AK Camara UE, Citrosol AK UE and Citrosol AK UE Especial.

Another answer designed to satisfy market demand is the new Citrocide® Fresh-Cut System for minimally processed and Fresh-Cut produce. “It will improve food safety and reduce water consumption in the washing process of the minimally processed fruit and vegetable industry,” said Jorge Bretó.

Citrocide® Fresh-Cut System extends the commercial life of packaged fruit and vegetables. It is a system that converts the washing machine into a Critical Control Point, a genuine firewall to prevent cross contamination and reduce the microbiological load on the surface. This, in turn, prevents contamination of the pulp during cutting and processing of Fresh-Cut produce.

Another signal of our continual strive toward innovation that responds to market needs is the Sistema Citrocide® Palta (Citrocide® Avocado System), with which the commercial life of a food as fashionable across the globe as the avocado is doubled. With this hygienic washing, pulp necrotization, pedicle mold, weight loss and firmness are all controlled.

Last, but not least, Citrosol will once again exhibit its Easy® Kit portable laboratory for measuring residues on the fruit, determining concentration in water and checking concentrations in wax.

“A tool that has been revolutionary in the verification of decay control treatments and in ensuring compliance with residues on the fruit“, added Bretó.

Enthusiasm and anticipation abounded for this summer’s regatta off the sands of Gandia beach. The return to normality was palpable in the atmosphere surrounding the participants who had wanted to show their support for a sporting event that has been held every year at the beginning of the summer under the sponsorship of a local company from the La Safor region, such as Citrosol, one committed to the development and promotion of the region in which it has been based for more than half a century.

Citrosol's range of plant-based coatings is pivotal in terms of organic citrus shipments. Until now, the inexistence of quality certified organic coatings has been a significant factor in limiting exports. Citrosol’s innovation has broken down such commercial barriers with last year’s introduction of Plantseal® and Plantseal® shine-free to their new product line, Biocare by Citrosol.