At the Berlin fair, Citrosol’s new range of coatings with extra protection (our CIC® formulation) will be made available to the public. Our PlantSeal® plant-based coatings for organic products, as a great first our coating for tropical products, specifically for avocado and mango, and other innovations aimed at the fresh-cut industry to mitigate its water and carbon footprints and reduce its electricity bill.

As highlighted by the company, attending Fruit Logistica under the banner of innovation, “the German fair is an unmissable event for international customers, many of whom suffer from problems with claims against shipments to distant destinations due to physiological disorders, such as the chilling injuries that may occur in cold storage or in long-distance refrigerated shipments. So Citrosol is bringing its new coatings from the CI-CONTROL® range to the fair; formulations with extra protection that reduce, or even eliminate, such damage”.

As said by Jorge Bretó, Citrosol’s CEO, “a huge competitive advantage in markets demanding a reduction in active ingredients, as these new coatings are an alternative to the use of active fungicidal ingredients, such as Thiabendazole, when used to control chilling injury”.

In the new CIC formulation, the waxes can achieve stain reduction efficiencies of 90% or higher. This is the case of the plant-based cover PlantSeal®. Effectiveness at this level makes the addition of Thiabendazole (TBZ), to waxes for this purpose, unnecessary. CI-CONTROL coatings have been validated in numerous prolonged cold storage situations. “CI-CONTROL coatings offer a huge step forward in ensuring the commercial life of citrus fruit in exports between hemispheres and in cold storage. They mitigate, even irradicate, marking by chilling injury”, confirmed Jorge Bretó. 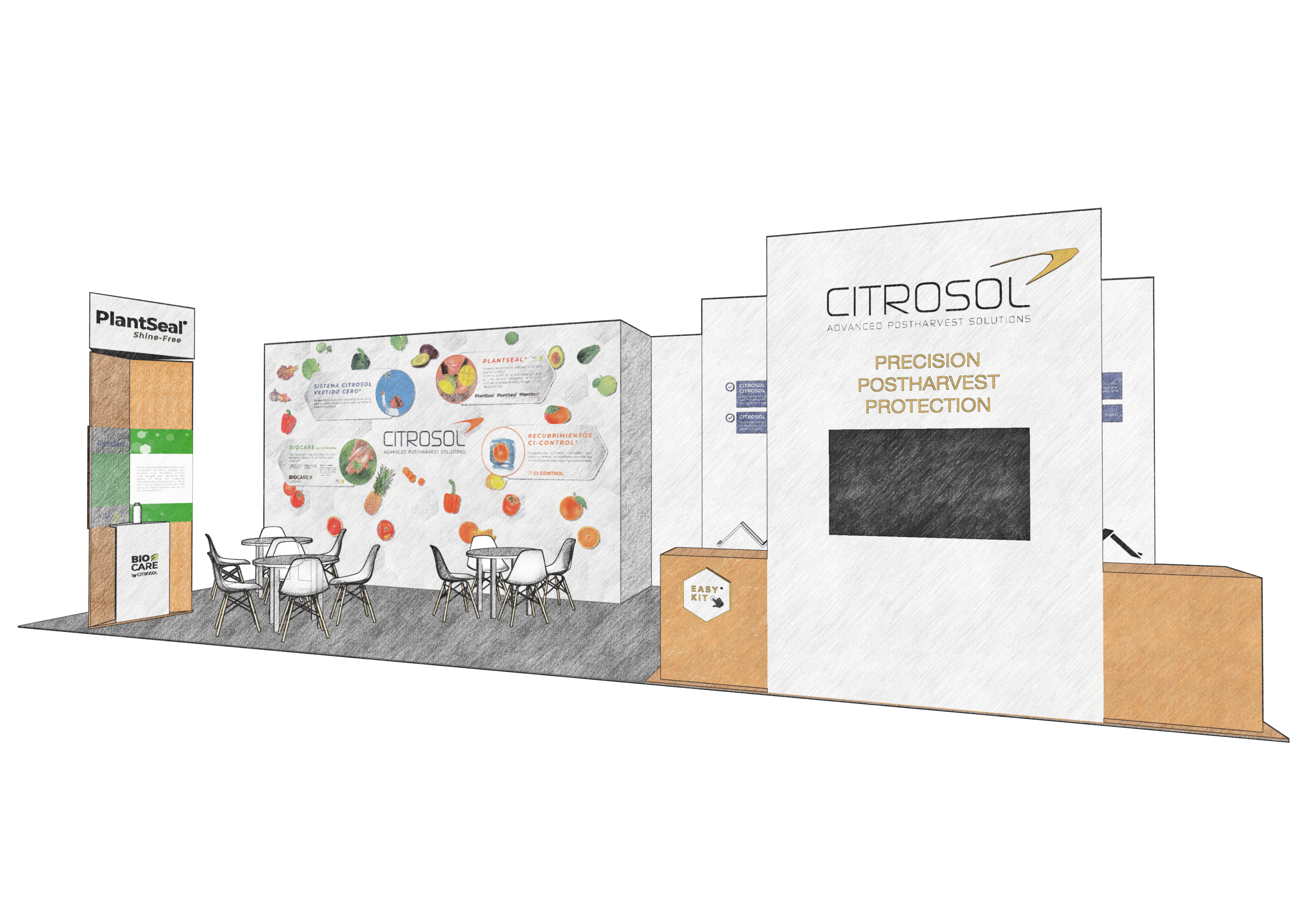 “Our system measures the concentration of the processing adjuvant in the washing water in real time, always guaranteeing a constant dose and homogeneity, warning by means of alarms if any parameter goes out of range. Achieving the same thing using chlorine as a disinfectant is very complicated”

■ THE PLANT-BASED COATINGS IN THE PLANTSEAL® RANGE

Within the range of plant-based coatings, there is the PlantSeal® series that afford excellent control over staining due to cold damage, the so-called “Chilling Injury” that occurs during cold quarantines or prolonged refrigerated transport and will enjoy a special role at the Citrosol Stand at the Berlin fair:

PlantSeal®, PlantSeal® Shine-Free and PlantSeal® Tropicals are plant-based coatings, organic and suitable for vegan consumption (Tropicals is pending organic certification). They give a natural shine to the fruit and, in the case of Plantseal Shine-Free, the shine is virtually imperceptible, similar to a non-waxed fruit.

The commercial life of the fruit increases as losses due to aging symptoms reduce such as the staining of the mamelon in lemon, plus they offer excellent control of weight loss.

Citrosol’s stand, A-20 in Hall 18, will also be showcasing a great innovation aimed at a sector as strategic as the Fresh-Cut range. It is the Citrocide® Fresh-Cut System for the hygienic washing of minimally processed fruit and vegetable produce, often known as fresh-cut food.

The great achievement of this system, as pointed out by the firm, “is being able to replace chlorine in the disinfection of the water in the fresh-cut washing machine, preventing the generation of disinfection by-products (DBPs) or chlorates that may be harmful to people or the environment. The chlorine is thus replaced by Citrocide® Fresh-Cut System”. “Our system measures the concentration of the processing adjuvant in the washing water in real time, always guaranteeing a constant dose and homogeneity, warning by means of alarms if any parameter goes out of range. Achieving the same thing using chlorine as a disinfectant is very complicated”, says Martín Mottura, Precision Post-harvest manager at Citrosol.

Another very relevant plus point for the Citrocide® Fresh-Cut System is its great energy savings and lower water and carbon footprints, as it keeps the washing water in a hygienic condition for much longer, thus facilitating its re-use.

This reduction in water consumption results in the sustainable development of the fresh-cut industry and in a lower electricity bill.

The Citrocide® System began with peppers, then continued with tomato, and later expanded to cover fruit such as avocado, mango and sweet potato; now it’s entering the industry with Fresh-Cut. An evolution that will be expanded in the coming years and which will doubtless be talked about this April at the Messe in Berlin.

At Fruit Logistica 2022, Citrosol seized the limelight bringing its products for avocado and organic crops, among others to the fore.

The CITROCIDE® FRESH-CUT SYSTEM reduces your costs, water usage and carbon footprints. The sustainable alternative. In conjunction with the European project, aqUAFRESH, we have able to demonstrate that the Citrocide® System offers a fully valid alternative, both technically and economically, in the replacement of chlorine for the disinfection of fresh-cut fruit and vegetable water.

"We sell solutions that our clients use to get good results." Citrosol is customer-focused and, as such, our objectives, successes and challenges go hand-in-hand with those of whoever choose us as their partner. In the midst of a situation of cost overruns and unabating uncertainty, Jorge Bretó expressed his optimism and hopes that the situation will improve. With this in mind we are going to work both on the company’s own portfolio of products and its continued expansion. Innovation and internationalization; the goal remains the same; growth.