Citrosol improves the conservation and transport of avocado with a new, post-harvest, wash system and a coating

In recent years, there has been a notable increase in health alerts recognizing pathogens in foods of non-animal origin in both Europe and the USA, according to EFSA (European Food Safety Authority) reports. In addition, new FDA (Food and Drug Administration) regulations in the United States on food safety include preventive controls on exports from third countries into the USA. With these premises, Citrosol’s new solutions to improve and lengthen post-harvest life couldn’t be more relevant, among them those aimed at a crop burgeoning worldwide such as the avocado.

One of these solutions is the new system for the hygienic washing of avocado, the Citrocide® Palta System, which represents a radical improvement in food safety. It is effective against bacteria, fungi, yeasts and viruses; controls surface contamination on fruit and in the washing machine; guarantees the disinfection of the washing water and does not leave residues or generate DBPs, such as chlorates, perchlorates or trihalomethanes.

Peduncular mold is caused by saprophytic fungi that grow on the peduncle during storage and refrigerated transport of the avocado. That has a detrimental effect on produce quality on arrival. In many cases resulting in a commercial claim.

When the avocado is washed using our Citrocide® Palta System, peduncular mold reduction rates of 100% are maintained after 25 days and even at 40 days they are still at 90%. The results are similar, and in some cases even better, than when conventional treatment with the fungicide Procloraz is used (figure 1). 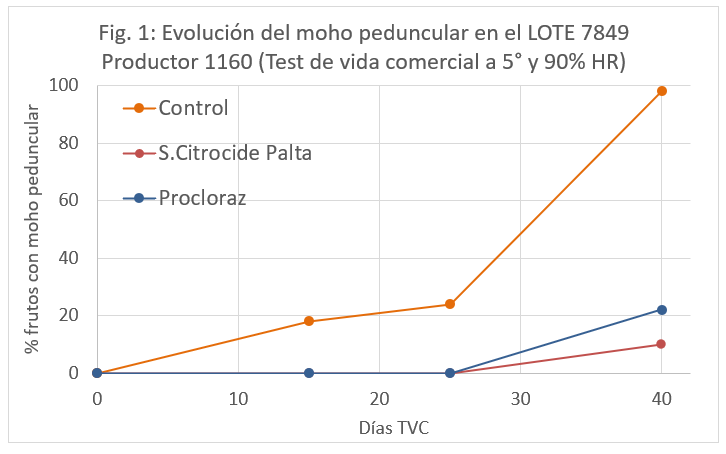 Treatments with sodium hypochlorite at 200ppm were not effective in controlling peduncular mold (Figure 2). 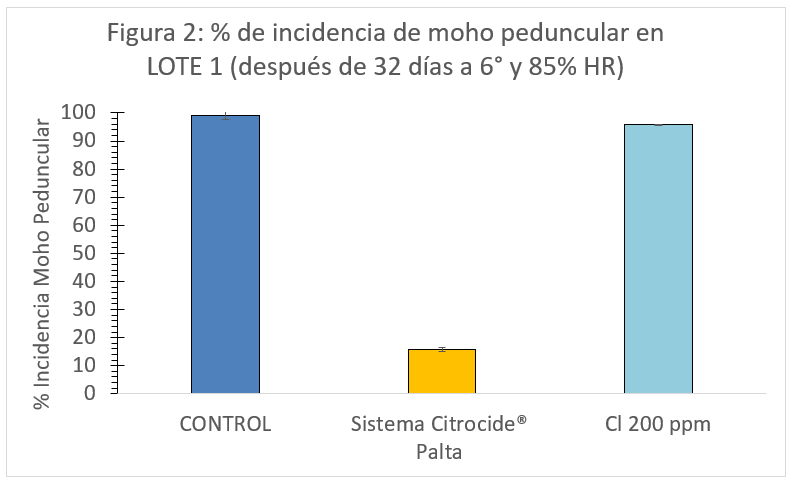 Therefore, washing the avocado with the Citrocide ® Avocado System is the solution to combat peduncular mold which might otherwise develop during the conservation and transport of this fruit. Furthermore, it does not leave any residue on the fruit nor does it generate any DBPs.

In summary, with the Citrocide® Palta System, the incidence of peduncular mold is drastically reduced, even after 40 days, thus allowing distant destinations to be reached without post-harvest losses and, consequently, greatly reducing claims.

Other advantages of the Citrocide® Palta System

Citrocide® Palta affords an automated, effective and efficient industrial application, at the optimal and safe dose whilst achieving homogeneous results. In addition, our system’s control and monitoring of the washing process allows the water to be recycled resulting in substantial water savings in a hygienic and safe manner. Citrosol’s Citrocide Palta System is, therefore, an environmentally sustainable tool.

Our system is adaptable to any fruit and vegetable washing machine with minimal structural modifications.

“The significant increase in the export volume of avocado in recent years makes it essential to apply the best technologies to increase its commercial life, mitigate losses and avoid unnecessary waste. For this reason, Citrosol has developed Citrosol A K Paltas UE so that the avocado reaches increasingly distant markets in optimum condition”, commented Citrosol’s research center.

The effectiveness of Citrosol A K Paltas UE in mitigating chilling injury is very high, the internal necrosis of avocado (that which appears in the shop/store) which is caused by chilling injury is reduced by some 84%. Another highly relevant parameter is the firmness of the pulp; in general consumers prefer not to buy avocados that are too soft. Throughout refrigerated transport and its commercial life, fruit loses its firmness, but this is maintained at a much higher level – twice as high – in fruit coated with Citrosol A K Paltas UE. The results shown above indicate that applying the Citrosol A K Palta UE coating doubles the commercial life of the avocado. 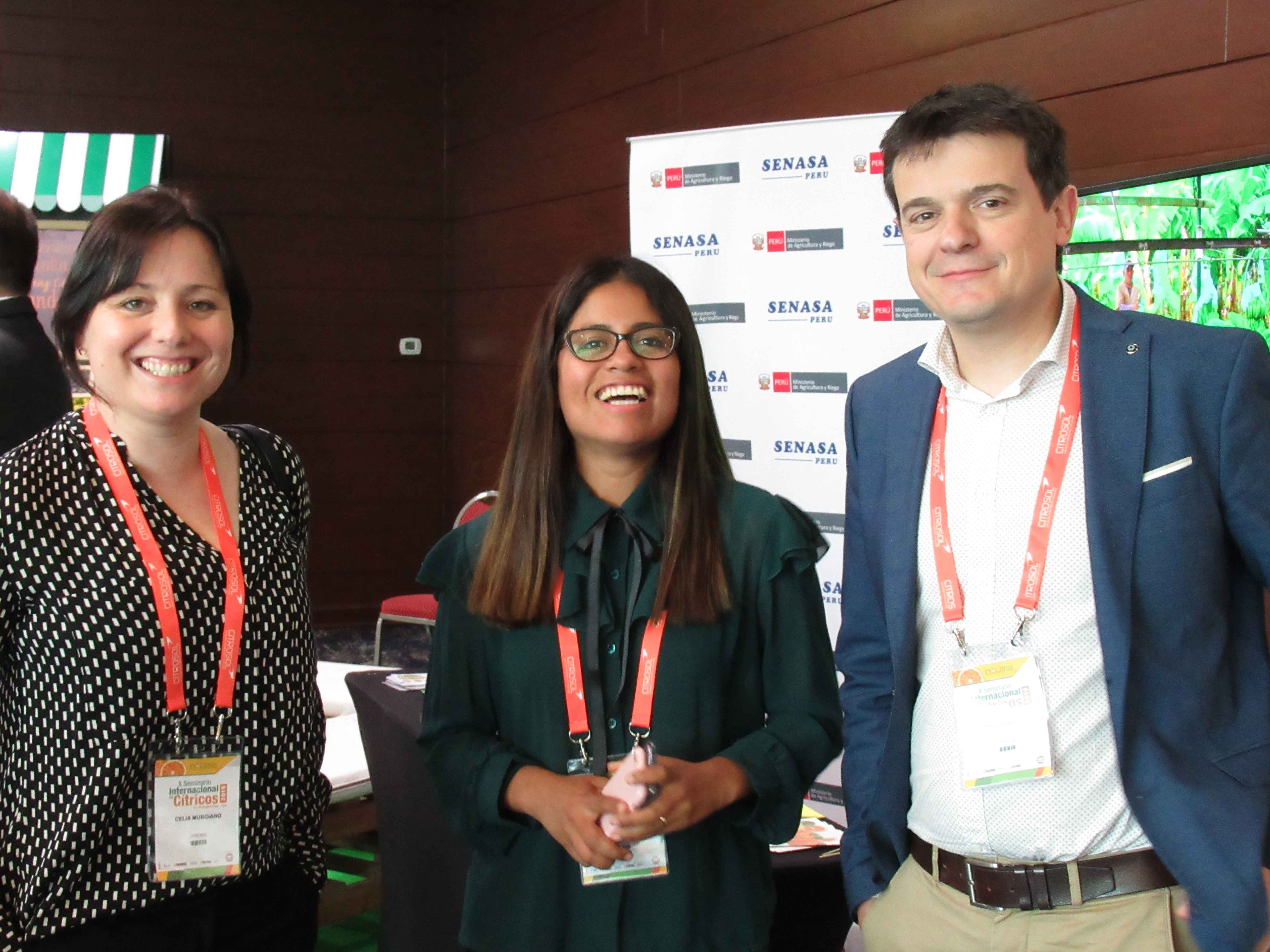